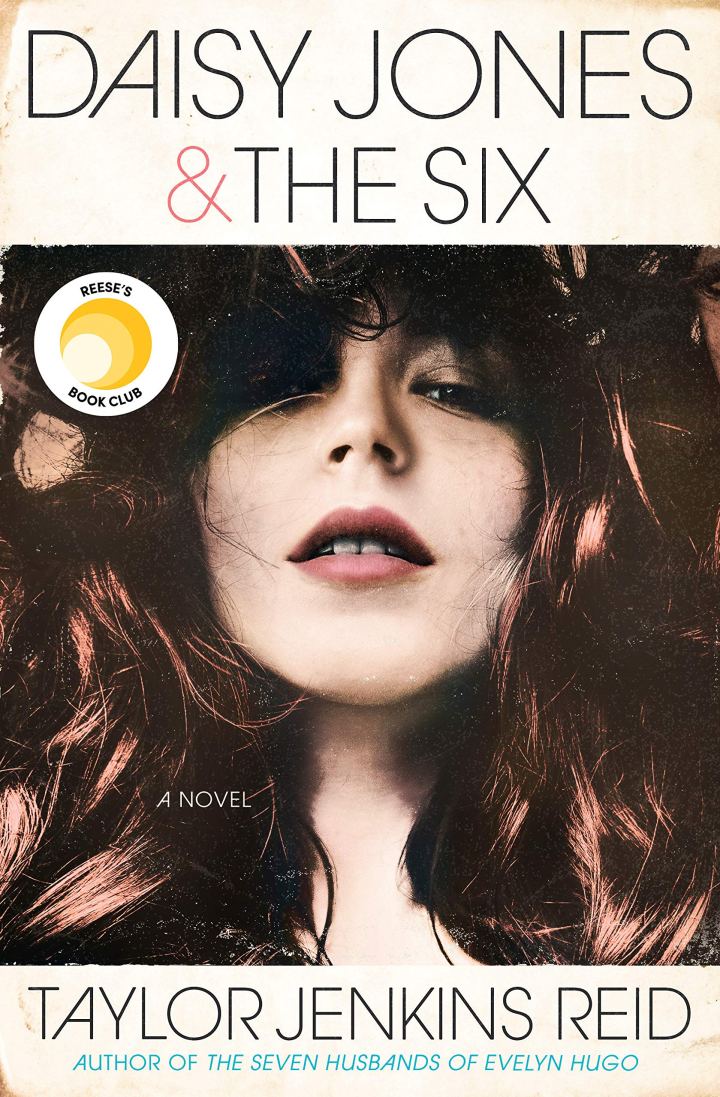 I finally read this book guys! It took me some time to get into, but once I was fully into the story, it was not hard to tell why this book will probably be one of my favorites of all time. Not just because of the beautiful story that Daisy Jones was, but because of the heart-felt connection I made to this book. Let’s get to the review because I am very anxious to talk about it with you guys.

Everyone knows Daisy Jones & The Six, but nobody knows the reason behind their split at the absolute height of their popularity . . . until now.

Daisy is a girl coming of age in L.A. in the late sixties, sneaking into clubs on the Sunset Strip, sleeping with rock stars, and dreaming of singing at the Whisky a Go Go. The sex and drugs are thrilling, but it’s the rock and roll she loves most. By the time she’s twenty, her voice is getting noticed, and she has the kind of heedless beauty that makes people do crazy things.

Also getting noticed is The Six, a band led by the brooding Billy Dunne. On the eve of their first tour, his girlfriend Camila finds out she’s pregnant, and with the pressure of impending fatherhood and fame, Billy goes a little wild on the road.

Daisy and Billy cross paths when a producer realizes that the key to supercharged success is to put the two together. What happens next will become the stuff of legend.

The making of that legend is chronicled in this riveting and unforgettable novel, written as an oral history of one of the biggest bands of the seventies. Taylor Jenkins Reid is a talented writer who takes her work to a new level with Daisy Jones & The Six, brilliantly capturing a place and time in an utterly distinctive voice.

First, the writing. Taylor Jenkins Reid has a beautiful way of writing a story and just making you be fully obsessed while reading. It was a little slow at first, but man once you really get into this story, it’s beautifully written, beautifully done.

Second thing I liked was Billy and Camila. Let me just say, Camila is bad ass. She’s got more courage and guts than that whole band put together. Their relationship was so strong, and I feel like having a husband that’s in a rock and roll band during that period especially, you have to have one strong relationship.

Next, the setting. I could totally see myself getting tired of the same setting for all the books I was reading, and this definitely switched it up for me. Not only was this setting, the whole 70’s Los Angeles rock ‘n roll scene interesting, but it really helped me make a personal connection. My dad, a man who knows and loves his music, really loved this band named The Grateful Dead (I’ve linked my favorite song by them to kind of get the feel of the band). They also were really big in the 70’s, and had a big impact on the way I look at music now. The band was also pretty known for drug usage and stuff like that, not that that’s why I got this image. I’ve seen so many movies, tv shows, videos and heard my father tell so many stories about this band, when I was reading this book I couldn’t help but think about my dad and Daisy Jones and The Six as a representation of them. I don’t know, just a personal connection I wanted to share.

Only really one thing other than the pace the first 50 pages, and the only issue I had was I didn’t like the reason why Billy and Daisy had the relationship they did. No Spoilers here folks!, but I just think it could have been handled in a different way that’s all.

What did you guys think of this book?